This is a land where time seems to hold no sway. It's a land that seems forgotten, an inaccessible corner of the world. For centuries, however, it has been the land of the Inuits and refuge for rich wildlife. Immense landscapes where the icebergs cut through the waters with their changing colours and spectacular fjords complete these wonderful scenes. Here are the experiences not to be missed during a cruise in Greenland. . 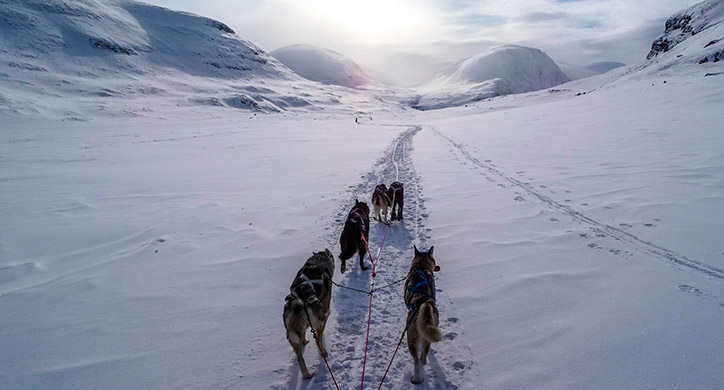 What essential information do you need when visiting Greenland? Here is a practical guide to help your exploration of this vast region and familiarise you with the customs of the inhabitants. 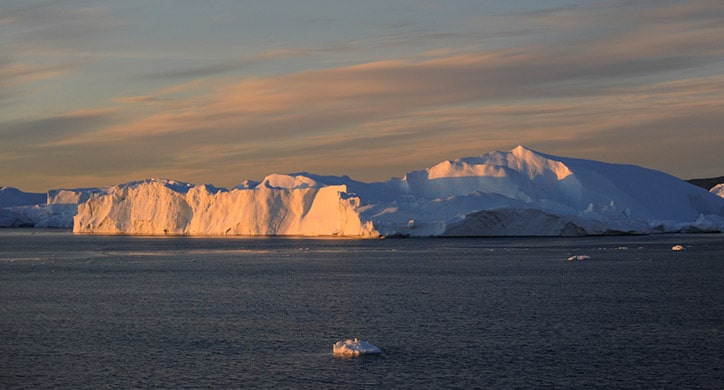 This is a land where time seems to hold no sway. It's a land that seems forgotten, an inaccessible corner of the world. For centuries, however, it has been the land of the Inuits and refuge for rich wildlife. Immense landscapes where the icebergs cut through the waters with their changing colours and spectacular fjords complete these wonderful scenes. Here are the experiences not to be missed during a cruise in Greenland.

A stop at the museum of the history of the Inuit people in the charming village of Sisimiut takes the visitor back 4,000 years in time. Archaeological digs, crafts and collections of tools and objects from daily life take you back through history. An essential glimpse before meeting these people with their age-old culture. Skilled artisans and outstanding hunters, they continue their traditional way of life in the heart of these extreme lands. 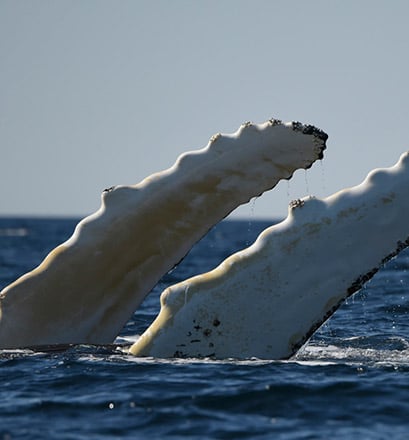 The mirror surface of the water trembles. A fin appears. Then a jet of water. The humpback whales are here. In Disko Bay where they come to eat, they slalom between the icebergs and other ice blocks, offering a graceful spectacle. The strength of this aquatic ballet is emphasised by the unique landscape, where the spectacular Qeqertarsuaq cliffs rise to 1,000m above sea level. 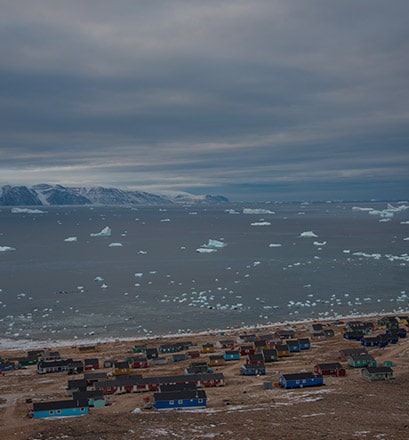 Small blocks of ice collapse on the coast. Low houses in blue, yellow or red, stand out from the hillside. The sled dogs await the next trip onto the ice floe. In Qaanaaq, Greenland's northernmost town, time seems to be on pause. Hunting is the main source of subsistence for the some 600 inhabitants, who have lived here since the 1950s. For centuries, they lived 100km further south in the village of Umanaq. But the American established an air base here during the Cold War, forcing the communities to leave their ancestral lands. 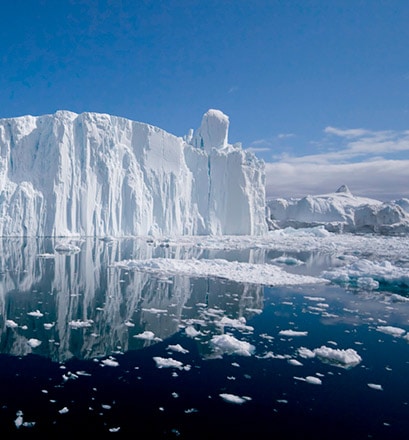 Admire the biggest icebergs in the world

It is a sea of ice, where sky blue melts into sparkling white on the horizon. Where the silence is only broken by the cracking of the icebergs. Because it is the icebergs that reign here. With UNESCO world heritage status since 2004, Ilulissat Icefjord includes the largest icebergs in the world, including in the Antarctic. A record made possible by the position of the fjord, at the sea mouth of the Sermeq Kujalleq glacier. This drains 6.5% of the Greenland ice sheet. 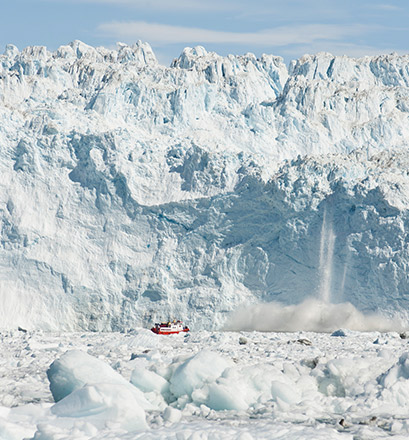 Although Ilulissat icefjord is one of the most outstanding examples of the iconic Greenland landscapes, other glaciers and ice formations have also made this a legendary polar region. Eqi glacier, the immense volcanic rocks of Kuannit, Lyngmark glacier, Evighedsfjorden (the fjord of Eternity) and Upernavik fjord: the crystal ice that stretches on for kilometres, the cliffs that rise steeply up to dizzying heights towards the sky, the serrated profiles… Some are also home to various bird species.

What essential information do you need when visiting Greenland? Here is a practical guide to help your exploration of this vast region and familiarise you with the customs of the inhabitants.

Don't be surprised to witness a whale or seal hunt. Greenland is one of the regions in the world where hunting by natives is allowed, according to quotas. It allows the local populations to continue their centuries-old tradition and to eat protein without depending on imports.
Being offered seal meat during a meal is a real honour.

Every year, between March and April, the Uummannaq ice golf world championship competition is held. For two days, at 600 kilometres north of the Arctic circle, competitors gather on a course carved into the ice in the middle of the ice floe.

Seal is cooked in various ways. It is included in suassat, the national dish. This is a soup in which the seal meat is garnished with onions, potatoes and rice. Another authentic dish, Kiviak consists of seal stuffed with gutted Little Auk (small birds living in the Arctic). It is hung to mature for several months.

Tupilaks are statuettes carved into animal bones. They represent polymorphic figures, sometimes taking a human form, sometimes animal (walrus, bear, seal...). The sculptures created today by craftspeople are for the tourist market but, according to legend, these sinister statues were made to bring death. The shaman who sculpted them breathed the name of the victim into them and threw them into the water so that they could accomplish their mission.

With the Greenlandia expedition planned for 2022, the French photographer and explorer Vincent Hilaire wants to collect the testimony of communities, as well as observing and studying the impact of climate change on the native peoples and, more widely, on humankind.

Book. In 1955, Jean Malaurie published The Last Kings of Thule , an account of his scientific mission to the north of Greenland in 1950-51. Aged 28, the young geologist went alone to winter with the 34 inhabitants of the village of Siorapaluk, whose way of life he adopted. It is this daily life, along with the origins and culture of the “Polar Eskimos”, that Jean Malaurie recounts in his book. Accessible data, colourful characters and dense information have made this book an international reference in ethnology.

Music. The composer of electronic music Romain Delahaye, aka Molécule, goes to extreme places to record sounds and create “a sensory soundtrack ” , as he calls it. In 2018, Molécule spent 36 days with his recording equipment in the village of Tiniteqilaaq, in the south-east of Greenland. The result was his latest work -22,7°C (the lowest temperature he experienced there), a poetic symphony full of nostalgia, hope and magic.

Film. Released in 2016, Journey to Greenland by Sébastien Betbeder traces the adventure of Thomas and Thomas, two thirty-somethings whose problems in Paris brought them to... Kullorsuaq, a village with fewer than 450 inhabitants, one of the most isolated in Greenland. This is where Nathan, the father of one of them chose to come to live twenty years earlier. A real journey of intiation for the two young men who discover the Inuit world among immense landscapes.

20 billion tonnes: this is the weight of the icebergs produced by the Sermeq Kujalleq glacier, in the Ilulissat fjord, with UNESCO world heritage status since 2004. This matches the quantity of freshwater used in France in one year!